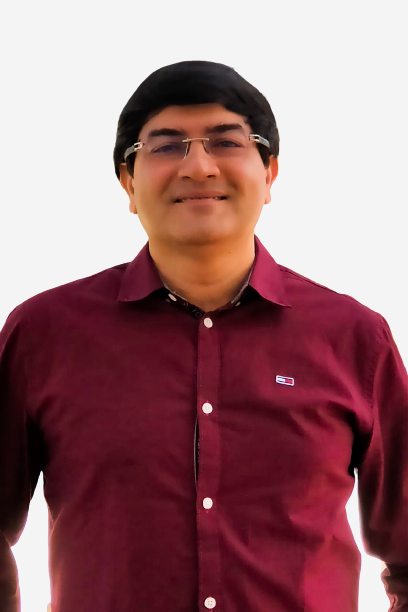 This article was originally published on indiafintechdiaries.com on April 14, 2021.

According to the 2011 language census survey, India has 121 languages spoken by over 10,000 people, with 21 of them recognised as official languages.  Despite the fact that 90% of India’s population does not speak English, the majority of the internet in India is in English. How does FinTech reach the masses in India with such a diverse set of languages in this situation?

Reverie Language Technologies aims to address this and democratize the Indian internet by empowering Indian languages online. We started our journey way back in 2009 November, with a vision to have language equality on the Internet in India. In 2011, Reverie Language Technologies was the first company to support all Indian languages on Android through our partnership with Qualcomm.

Scope of the language diversity in India

I believe the demand for Indian languages on the internet has always been there, it’s not a new demand on the internet. The real problem lies in “equality,” which also connects to our vision of “language equality on the Indian internet” and this can be achieved only by engaging with millions of people in their local languages.
If you take an example of conventional media before the arrival of the internet these media such as print, radio, television, and movie theatres have more than 90% user engagement in Indian languages. This is because the content is simple, intuitive, and users are able to engage with these content in their local language.
When we talk about the rise of the internet, the situation is a little different. Unfortunately, it was designed for English-speaking audiences and has resulted in the following two major barriers for Indian language users:
Taking an example of a touch base device, most of these users are new to technology and are unable to navigate or understand how to use it as the entire navigation is in the English language. So the learning curve to adapt and implement them is steep.
This points to one major problem that is these emerging technologies or digital platforms were not designed with Indian language users in mind. Since most Indians access the internet through their phones, the digital channels should address the first barrier to usage and accessibility issues quickly.
Another major barrier  we face is that all decision-makers and influencers are English speakers, so any concerns they have about Indian language users are merely assumptions based on their lack of understanding of the issues due to their lack of experience in dealing with them.
If you look at the growth of the internet in India and China, you’ll notice that it began about the same time. Both India and China had an option to choose between adopting the internet in English or adapting it to their languages. When China decided to build the internet in their own language, India’s path was to create the internet for English users, and now we’re attempting to adapt to Indian languages. So, fundamentally, this is the big roadblock that is increasing.

Challenges that are faced by FinTechs dealing with this diversity

I would try to draw an analogy from the physical world that will probably make it very simple to understand. More than 50% of Indian internet users hesitate to use digital banking channels; instead, they prefer to visit their bank’s branches.
What happens in branch banking? In branch banking there is no language barrier, customers can communicate directly with their relationship manager about their needs, such as funds transfers, statements, security deposits, and many more in their local language.
Let’s try to see what happens in digital banking; some examples below demonstrate how language barriers make it difficult for Indian language users:
Since people don’t know how to use digital channels properly due to a lack of awareness, most online fraud happens among the vulnerable people who don’t speak English and are therefore unsure how to protect themselves from online scams.
These are a couple of examples that I can give and if we look at digital banking or if one has to do mobile banking, how are they going to navigate through this barrier? As you can see, the level of experience we’re talking about Internet banking is vastly different from the level of experience that banks are currently providing in Internet banking or digital banking.
So to summarise, we should consider providing a seamless end-to-end user experience, similar to what we currently have for English users and make customers feel as welcome as they do in branch banking.

How addressing these challenges can help make FinTech more inclusive

One challenge I see today is that we are attempting to fix the problem in pieces and relying on technology. If we relook, It’s not a technology problem alone to solve. It is a user engagement problem that needs to be resolved.
As a language technology company, we understand that the fundamental problem is to solve the engagement experience in Indian languages. So the approach we have adopted is to address every aspect of the user’s digital journey to be comfortable and seamless the way it is in English.
Now, let’s say a bank acquires a customer, all of the bank’s messaging, including the IVR, transaction notifications, statements, promotions, and awareness information, as well as the entire user interface, should be accessible in the customer’s native language.
These are some of the aspects I’m talking about giving an end to end user experience. I would really urge all the decision makers to think along these lines:
Also, when you are looking at the touch points, you can actually break them down into three different categories like:
Since every user’s digital journey will fall into one or more of the above mentioned categories.
These three are the major aspects of delivering an end to end user experience. That’s how I would like to suggest that this problem needs to be looked at.

An overview of Reverie’s offerings

Reverie’s offerings include a Language-as-a-Service cloud platform providing Indic typing, content conversion, multilingual search & discovery, voice suite, and consumer mobile apps for Indic language users.
The other important factor is that, particularly for banks, where security and data confidentiality are crucial, they prefer to have these deployments within their infrastructure. This is also a mode in which Reverie’s products are available to organisations that prioritize data security and privacy and do not want to be exposed to a public cloud.
For any banks or financial institutions to avail Reverie’s offerings, we have a usage-based model where cost is based on usage consumption.

Reverie’s experience in solving these challenges

In the face of a global pandemic, helping people get the right information was more critical than ever. We were reaching out to its masses with essential information at every corner of the country in just one language, i.e., English. What about people who aren’t conversant in English?
So there were a couple of initiatives Reverie has contributed with a massive impact that aimed at overcoming the language barrier such as:
The podcast is available on Apple Podcasts, Spotify, Castbox , Overcast, Pocket Casts, and Google Podcasts.