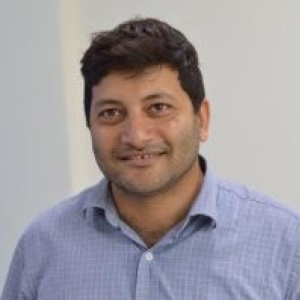 This article was originally published on BW Education on 05 June, 2021.

Seven decades after reclaiming India, the Golden bird remains elusive and caged by influences that were never Indian.

But, development by people will only have to be lawful. The more difficult it is for people to grow by themselves, the easier it is to please them by the lure of allowances and grant schemes – creating an ever-growing cycle of dependency, despondency, and plunge.

Below are three broad things done to Indians through a variety of laws since the last 73 years of independence.

At the time of the independence, the world had witnessed the surge of machining, manufacturing and the resulting transformation of human lifestyle for a century. The new India, with dreams to create our own ideal nation, wanted to embrace this modern knowledge and modern education. This not only meant introducing school curriculum with modern engineering, medicine and other advances but also mandating the study of those through English.

Professional education in India was decided to be in English and needed an aspiring student to pass English tests before they could be evaluated for other subjects. This had two-fold blows:

The already existing and rich Indian traditional knowledge and education suddenly took a secondary (“alternate” as it is called) status. For example, Ayurveda is an alternate therapy and very few understand it well anymore.

Education now suddenly had a new barrier of language that was almost impossible for most Indians to clear.

The student dropout rate is highest before they reach high school. This is not unique to India or the developing countries alone. Students across the world drop out for a variety of reasons but there are many brilliant and genius minds in them.

Most children develop interest and find opportunities later in life when they look for reading material and practice. With higher education restricted to English, no knowledge base or magazines get created in other languages. The knowledge industry that prints easier guide books, handbooks, magazines etc., mostly target students who would want to qualify for professional courses and those who do not know English, are left out.

Many knowledgeable enthusiasts could help translate and share subject-specific material but will find no publishers without substantial economic value.

This has led to an association of pride with English and a sense of shame for mother tongues among most Indian children.

It is not a cultural decline but a result of natural aspiration which was strangled by providing only an English channel to education and pride. The blame is on people, society and culture today, but this was thrust upon them and they were left with no choice. Law of nature is clear about the path of progress to be the least resistant one. Indian languages were just a “blocker.”

Growth with English, however slow and painful, was the only option.

Children who became literate in non-English languages, regardless of their ability, rarely got enough opportunity to learn a subject of interest or be taken seriously to be able to create something or contribute to growth.

The colonisation of the Indian internet and digital standards

The Internet came to India in the mid-1990s. Half a century after India became “free,” the people were likely to be introduced to a medium that could be liberating for learning and knowledge sharing.

The internet, as a medium for both authors and readers or for that matter any audio, visual or textual content creators and consumers, is a boon. It is inexpensive, pervasive and mostly unrestricted.

But, the internet has a fundamental dependency. It is a digital medium that works entirely on computing infrastructure. Communication or content creation and sharing on computing devices work on defined unambiguous standards and software algorithms that are based on the same. So, for people to be able to use the Internet to create and share content in text in their languages, the software should support the same with standards that are well defined for unambiguous and optimal use of these languages.

Interestingly, a decade after the first set of standards for English was created in the 1960s for use in computers, an Indian scientist, RMK Sinha, took an interest to define and develop standards and algorithms for use of Devanagari and 10 other Indian scripts.

By the 1980s, the work had resulted in the first Indian standard for 11 Indian scripts that could facilitate the use of all major Indian languages on computers. Though it was the work of this scientist and some of his students at IIT Kanpur in developing the technologies, the release of a national standard by the Bureau of Indian Standards set the ball rolling for the industry to follow. Computers were large and expensive devices, but the eventual growth of their use was well envisioned and work progressed rapidly.

By the 1990s, people had voter ID cards in their languages printed through the government’s computerised voter ID databases in local languages. The railway was printing charts automatically converted from English into Hindi. The printing and publishing industry was using Desktop Publishing using software that helped in authoring accurate content through advanced Indian language editors that had spell checking, Indian language type-setting, indenting etc. Various calligraphy artists in every state and many cities and towns started designing beautiful and different styles of fonts for their scripts that could reflect their brand or purpose.

But, by this time, a small group of companies in the US, decided to implement support for the local languages in the geographies outside of the Americas where they were selling. They needed to do so by defining standards for these languages and developing software that should work with each other’. The Unicode Consortium was formed.

Since India already had computing language standardization, they found it easy to borrow but had no patience to understand the reasons and intricacies covered for Indian languages in the standards document of India.

They extended Unicode at a whim and made it ambiguous. With a lack of any deep understanding and ignoring the knowledge and work done so far in India, they also introduced an extremely complex text display system and created a font standard of their own called OpenType.

In 2000, Microsoft introduced Unicode based Devanagari support using OpenType fonts on the Windows Operating system. The Indian government, being the largest buyer, adopted immediately but did not request compatibility to the existing national standards or the software being developed and used in India so far.

Microsoft eventually stopped all support to run software that didn’t support Unicode but used the Indian standards. The internet followed the same pattern. Google’s Android, Apple’s iOS and all other systems implemented the same lame standards and all the growth that the Indian literature industry had progressed with suddenly stopped.

Indian enthusiasts who could create and share knowledge on the internet, continue to live with this dominance and barrier of extremely difficult use of their languages. The ease and beauty of all the advancements that were done were again overrun and another chance for knowledge creation and sharing has been made difficult.

We as Indians continue to feel grateful to the west for the gift of whatever they offer us. Be it the English language, the modern education, industrial produce and even the Indian language content we see.

We call this independence. We call our mother free India. Only for her to be bound by the chains of aftereffects that the romanticising of post-colonization has so gladly offered us. For free.

How can we truly free India from the colossal mistakes since India’s “independence”?

The monopoly through Operating System restricts the appropriate usability and growth of local language services. Whether it is Windows, Android, Apple iOS or any other proprietary Operating systems, the implementation and support for languages is proprietary and restrictive. They do not permit the installation, use or enhancement of the language usage and impose poor standards and tools. The internet, arguably the largest and most democratic source of information and knowledge is also restricted by imposing preinstalled search engines and tools that are English first and cannot be replaced.

The new National Education Policy 2020 introduces great steps to help our children learn, with pride, in their mother tongues.

The following will help the learning and use of our languages with ease and through optimal conditions:

Redefine contemporary Indian language standards (encoding and keyboards) based on what is taught in schools (all schools teach the native languages and the native language alphabet for a long time in the same way). Children and teachers will not find it confusing and that is the contemporary standard. This will be a subset of Unicode in character set but will carry the necessary details of script properties to be implemented for computing. This can be done quickly, ideally in a week for all Indian languages.

Define a new font standard that is designed for Indian languages and has the objective of the easy creation of fonts by anyone who can design calligraphy digitally. This should have a target to be done within 8 weeks.

Develop software and libraries that implement the above two and release them to the industry for adoption. This can be done in 12 weeks.

Mandate the use of the above in all platforms and software being made available in India.

Teach the use of native languages on computers in primary schools

Facilitate the development of a central knowledge base for different languages. People access the internet primarily to satisfy the quest for information or entertainment. But, the world of the internet is so English heavy that it appears as English first. So, a platform that appears as a native language first and allows users to: